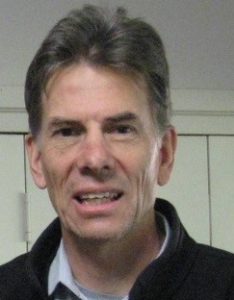 Roger has four decades of professional employment in nature conservation through projects on wetlands and waterbirds across Australia, Asia and the Pacific Islands. With his family, he has lived in five Australian cities, enabling direct involvement in natural resource management in a wide range of landscapes. Many of his work activities have been in cross-cultural situations including with Indigenous people. Overseas, Roger worked for several years in Malaysia and later was the first Chief Executive of the Partnership for the East Asian – Australasian Flyway, based in South Korea. Presently, he works part-time from Toowoomba, Queensland as a self-employed field-worker and advisor in ornithology and conservation.

Roger was a founding member of A Rocha Australia and served as its inaugural President (Chair), from December 2015 to March 2019. At the start of July 2019, he became A Rocha Australia’s first appointed Executive Officer, which was made possible by a generous external donation. Currently he works in this role in a part-time capacity and ex officio he is also a non-voting director on the ARA board. Roger hopes to apply his work and life experience to helping Christians become increasingly engaged in conservation and wise use of the flora, fauna and ecological communities that God entrusted to our care.