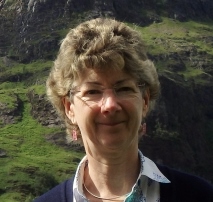 Sally is originally from UK, married to Doug, an Australian. From 1985-1987 she worked as a nurse/midwife in a Cambodian refugee camp in Thailand. From 1987-2007 she was involved in community development work in Cambodia, and later established a creative-arts organisation for people with disability. Sally and her family moved to Adelaide in 2007. In 2010 she obtained a post grad dip in Creative Writing, in 2013 a Masters of Education and in 2016 a post grad dip in Theology. This year she will complete a Master of Ministry focusing on ecotheology and hopes to do a DMin that will be the practical application of her master thesis.  She has taught  improvisational drama at Raukkan Aboriginal school, teaches drumming to people with physical and mental disability and looks after some local bushland. Sally coordinates A Rocha activities in SA.

Sally is a founding member of the board of directors of A Rocha Australia and is serving her second term.