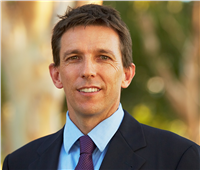 Stuart grew up on the NSW Mid-North Coast in a banana farming family. For two decades he was worked for Australian and international community environmental organisations across the Murray-Darling Basin, Northern Australia and Hunter Region. He has had stints working in river management for the NSW National Parks & Wildlife Service, and in restoration ecology in France’s Camargue wetlands. He led the Environment Centre of the Northern Territory form 2009 to 2014, and then Hunter Wetlands Centre Australia until 2018. Stuart currently works in forest conservation policy for WWF-Australia seeking to end excessive tree clearing in Australia. He has a degree in ecology, a doctorate of philosophy in the ecology of water plants in the Murray River, and a postgraduate degree in environmental law. He has authored and co-authored research papers and reports in river and wetland ecology and conservation, koala habitat conservation, hydrology, renewable energy, marine and freshwater protected areas, and sustainable development.